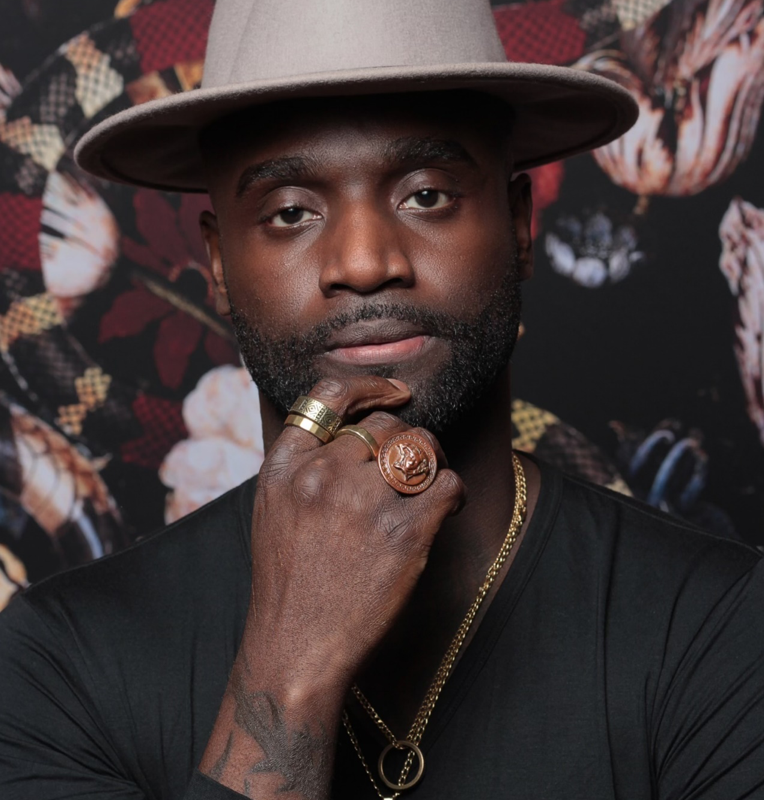 The fashion industry is constantly evolving and so are the people. However, while some are only in it for a short while, others like Reggie Dopeikon Sandiford is in for the long haul. In fact, he hopes to progress so much in the industry that he wants to work alongside giants like Lionsgate, Marvel or Disney. He wants to leave behind a legacy that will allow people to remember him in the years to come.

He’s 40 years old currently but has been invested in the fashion world since he was 16 years old—that’s how serious he is. In fact, he’s never even thought about quitting, no matter how hard it gets. He is determined to make a mark in the entertainment world and looks up to Virgil Abloh, Ozwald, Tom Ford, Boateng and his parents for inspiration.

He has a true flair for fashion—a talent noticed by Daymond John, the creator and designer at FUBU. Daymond encouraged him to go into fashion full-time. Although Reggie was already planning to do so, the meeting gave him a lot of motivation and he decided to make a career out of it.

To this end, he has worked with notable individuals such as Lenny Kravits, Virgil Abloh, Idris Elba and more. He has walked down the runway with Kenneth Cole and other famous people. From there, he went into styling. Moreover, he also managed to add creative designs to several fashion names—Ralph Lauren, Donna Karan, John Varvatos, Sean John, Paul Smith and of course, the famous Calvin and Klein.

For styling, he has worked with people like Demi Moore, Leonardo Dicaprio, Rumer Willis, Mary J Blige. Along the way, he has learned a lot about the entertainment and fashion industry. He hopes to become a fashion influencer and work with plenty of creative individuals.

Last but not least, he also wants to get into the acting industry. Reggie believes that he can become a rising male lead actor and create amazing work that will entertain his audience. He also wants to become more creative. For this reason, he has founded the Ikonistyle company. It does branding and entertainment. He also offers branding in fashion and entertainment. Reggie’s goal is to bridge the gap between fashion and art and show people how fashion can change their lives and make them feel good about themselves. Moreover, he also hopes to connect with an awesome artist that will help him in the process.